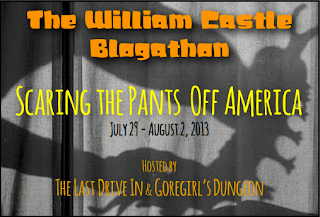 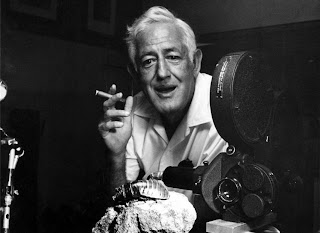 Special thanks to both The Last Drive In & Goregirl's Dungeon for inviting me. Please check them out. They are marvelous!
Hullabaloo is one of the greatest and yet, underused words in the English language. Defined as “a clamorous noise,” it was something that used to be a fun element of showbiz. And no figure brought the sense of pure, wondrous hullabaloo better than the man himself, William Castle. A larger-than-life figure, complete with a big smile and an even bigger cigar, Castle left his indelible thumbprint in the world of cinema around 70 years ago and yet, no one has ever come close to overshadowing him. (Though one of his biggest fans, legendary cult filmmaker and eternal fan, John Waters, has come close.)

The biggest ruse, however, with a cat like Castle is that if he had been only pure hullabaloo, then the odds of this tribute happening are slim-to-none. If you're only icing, people will forget you or best case, you get a size 8 font footnote and filed under novelty. Castle made some of the most inventive and memorable horror films, on top of producing classics like “Rosemary's Baby.” After all, no one retains the level of shock-and-awe by mere schlock alone.

William Castle first came into my life when I saw “House on Haunted Hill” as a little girl. The horror house thrills that abound in that film instantly wooed me. (Not to mention ever since, I've had a thing for guys with Vincent Price mustaches---but only if they can carry it with the same suave-sinister panache.) If you were a horror loving kid like I was, then Castle was your Walt Disney. Titles like “The Tingler,” “Straight Jacket,” “13 Ghosts,” the aforementioned “House on Haunted Hill” and “Mr. Sardonicus” were custom built for people like us.

Not to short-change the gimmicks. Not at all, especially given how bloody good a lot of them were, with my personal favorites being the world-wide beauty contest for “13 Frightened Girls” and the million dollar insurance policy taken out for Hercules, the lead cockroach in 1975's “Bug.” Given the tenacity of some of the roaches in my old apartment, dollars to doughnuts no one still has collected on that one for ole Herc.

But to remember Castle mainly for that is overlooking the fact that there was some good film making involved. Even some of the cheesier films, like “Bug” or “13 Frightened Girls,” have some deft charm. Most importantly, you are never ever going to be bored watching a William Castle film. Others from his era have faded into the fine print in dusty old film tomes, but William Castle, his legacy, his showmanship and his films will live on, shiny and almost new for years to come. 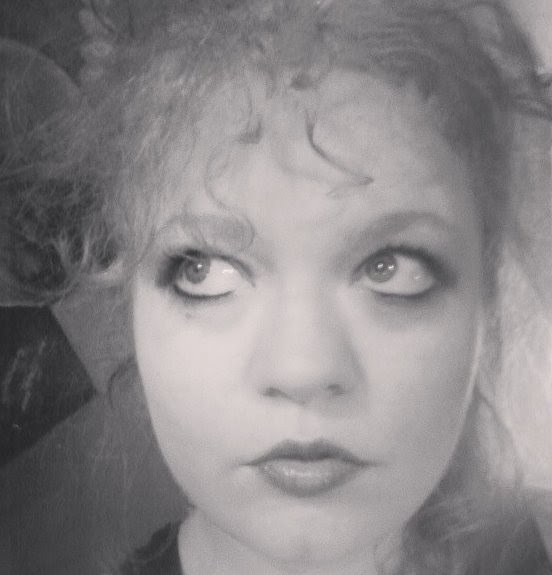